Skip to content
You are here
Home > Articles > Aromatherapy > Ambergris 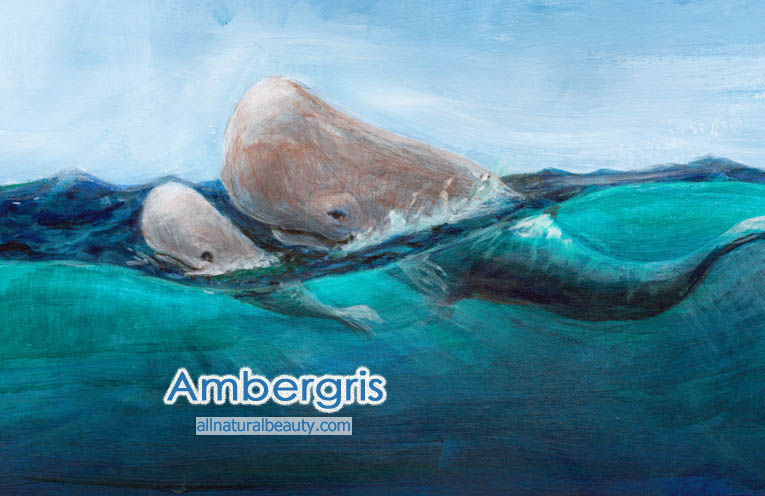 
I have been collecting Ambergris samples and Ambergris information for years and here is an update. We use it in the Natural Botanical Perfumery class.
Description
Ambergris gets it’s name from the French ambre grisâ (grey amber) to distinguish it from the fossilized resin, brown amber. The raw material results from a pathological condition of the sperm whale Physeter macrocephalus L.syn P. catodon L.
In the normal course of events,calculus (sand and stones) or cachalot, is regularly ejected from the digestive tracts from adult sperm whales. There is some evidence, however, that certain materials, like the indigestible beaks of squid or cuttlefish (Elodone moschata) irritate the whales’ digestive system, and in so doing, the offending substances develop a pasty pathological growth. It is possible that the cuttlefish itself contains ambrein, or that ambrein is formed by the digestive processes of the whaleâs gut acting on odorous substances within the cuttlefish. That upset stomach creates ambergris, a rare substance that has been highly valued for thousands of years as an ingredient in perfume and pharmaceuticals.
Ambergris originates in the intestines of male sperm whales after they dine on squid, whose hard, pointy beaks abrade the whales’ innards. Scientists believe
that the whales protect themselves by secreting a fatty substance in their intestines to surround the beaks. Eventually the animals eject a huge lump, up
to hundreds of pounds at a time.
Ambergris contains 46% of cholestanol type sterols (Sell 1990) including (+)-epi-coprosterine and the triterpene alcohol (-)-ambrein (25-45%), which is odorless, but this material is the precursor to other fragrant compounds formed by auto-oxidation, sunlight, and seawater such as (-)-gamma-cyclogeranyl chloride and (-)-gamma-bicyclohomofarnesal. The material is said to be able to retain its odor for centuries, and generally stays as an amorphous mass, with no tendency to crystallize. Mookherjee and Patel (1977) identified nearly 100 volatile substances in ambergris; they described some of the key components and their associated odors as follows:
g-homocyclogeranyl chloride: ozony-seawater (can be towards metallic)
a-ambrinol: moldy-animal-fecal g-dihydroionone: weak tobacco
g-coronal: sea-water
Ambroxan: moist, soft, creamy, persistent amber with velvety effect
Uses
Ambergris cannot be compared to Castoreum or musk, but the physiological properties seem to be similar. Ambergris was traded in N.W. Africa before the 9th Century. Louis XV is said to have used ambergris to flavor his favorite dishes, and Queen Elizabeth I used it to perfume her gloves (le Galliene 1928). Valued as a restorative, & dissolved in wine as an aphrodisiac (Comon 1955, Bovill 1973) and as a perfumery fixative, ambergris is the slowest of all perfume materials to evaporate.
But don’t refer to it as “whale vomit”; scientists postulate that whales do not expel ambergris through their mouths. No one has ever seen a sperm whale excrete ambergris, although sperm whale expert Hal Whitehead of Dalhousie University in Halifax, Nova Scotia, admits that it is assumed the voiding takes place as fecal excretion, because when first cast out, he says, “Well, it smells more like the back
end than the front.”
Viscous, black, stinky blocks of freshly expelled ambergris float on the ocean’s surface. Sun, air and salt water oxidize the mass, and water continually evaporates. It hardens, breaks into smaller chunks and eventually becomes grey and waxy, embedded with small black squid beaks. The weathered chunks exude a sweet, earthy aroma likened to tobacco, pine or mulch. The quality and value of any given chunk depend on how much time it had spent floating or otherwise aging, says expert ambergris broker Bernard Perrin, because “it ages like fine wine.” 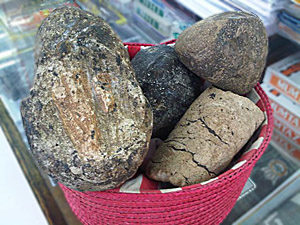 Photo of Ambergris – Courtesy of Jeanne Rose History
Ambergris was known to the Arabs as ‘anbar and was originally called amber in the West It was used by the Arabs as medicine for the heart and brain. The Arabs believed that raw ambergris emanated from springs near the sea. In the Thousand and One Nights, Sinbad is shipwrecked on a desert island and discovers a spring of stinking crude ambergris which flows like wax into the sea where it is swallowed by giant fishes and excreted again as fragrant lumps to be cast up on the shore.
The Greeks also believed that ambergris came from springs in or near the sea. They believed that it enhances the effects of alcohol when smelled before drinking wine or when it is added to wine. Many a bacchanal profited from a pinch of ambergris, no doubt.
In 1783 the great botanist Joseph Banks presented a paper by Dr. Franz Xavier Schwediawer, a German physician living in London at the time, before the Royal Society, which ended, forever, Western confusion over ambergris and its origins. It correctly identified ambergris as a production of the often morbidly distended gut of sick sperm whales and associated its production with the beaks of the whale’s principal foods, squid and cuttlefish.
In 1820 two French chemists, Joseph-Bienaim© Carentou and Pierre-Joseph Pelletier first isolated, characterized and named ambrein, the principal active fragrant ingredient of ambergris. Since then a great deal has been published on the chemistry of compounds with an ambergris-like scent, especially the more fragrant oxidative derivatives of ambrein like ambrox. They are all labdanoid terpenes, which occur in a remarkable variety of plants, animals and microorganisms. At the right is an image of a pressed specimen of Monarda didyma L., bee balm, one source of labdanum extract, and a natural substitute for ambergris. These, and other, items are the base for fixatives and woody, sweet animal fragrances in the modern perfumery industry which, for the mostpart, uses synthetics in place of natural substances.

Ms. Rose is the author of over 20 books, including Herbs & Things, The Herbal Body Book, The Aromatherapy Book, and Jeanne Rose’s Herbal Guide to Food, and she has taught herbs, aromatherapy and distillation extensively throughout the U.S. She organized and was President of the first large Aromatherapy organization in the United States, NAHA, and speaks widely at many other events and conferences. She teaches distillation techniques for quality essential oils throughout various parts of the world. The word, ‘hydrosol’ as used for the waters of distillation, was first used and put in place by Jeanne Rose in 1990.

ENROLL NOW – Visit http://jeannerose.net/calendar.html
or call 415-564-6337 or email aromaticplant@yahoo.com
Enrollment limited.
Seminars are valid for 15 CE and towards Practitioner Certification 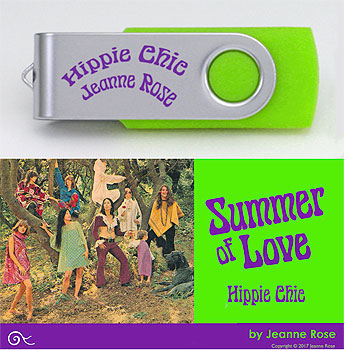 Jeanne Rose is the author of 22 books on herbs and aromatherapy. Most recently, Jeanne authored “375 Essential Oils & Hydrosols” which is a complete reference book of 375 aromatic plant extracts and hydrosols with phytochemical, clinical and botanical indices.
She has released several booklets since 2006. 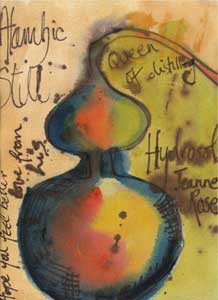 Learn more about the 3 types of home studies courses:

The Aromatherapy Course
– Home and Family©

Ms. Rose is the author of over 20 books, including Herbs & Things, The Herbal Body Book, The Aromatherapy Book, and Jeanne Rose’s Herbal Guide to Food, and she has taught herbs, aromatherapy and distillation extensively throughout the U.S. She organized and was President of the first large Aromatherapy organization in the United States, NAHA, and speaks widely at many other events and conferences. She teaches distillation techniques for quality essential oils throughout various parts of the world. The word, ‘hydrosol’ as used for the waters of distillation, was first used and put in place by Jeanne Rose in 1990. 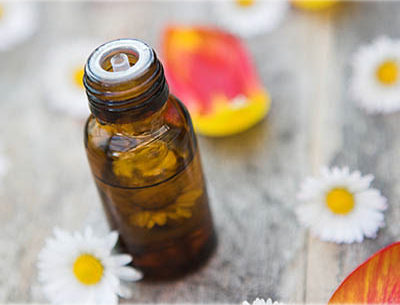 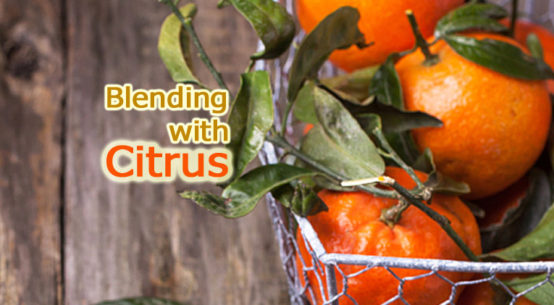 How Can I Make a Citrus Blend that Lasts Longer? 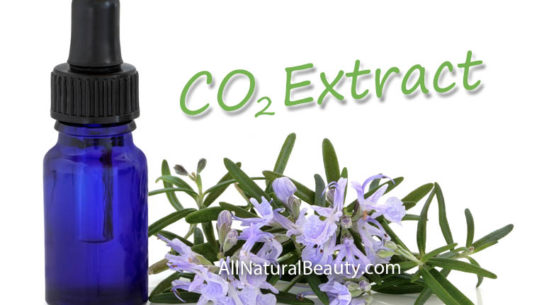 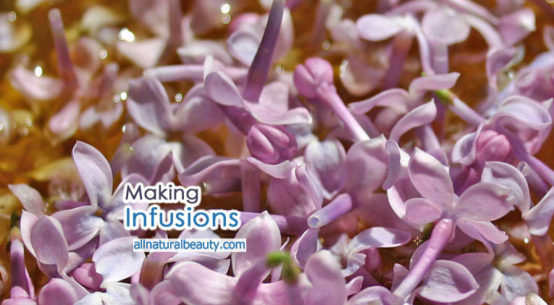 Infusing Oils with Herbs and Flowers 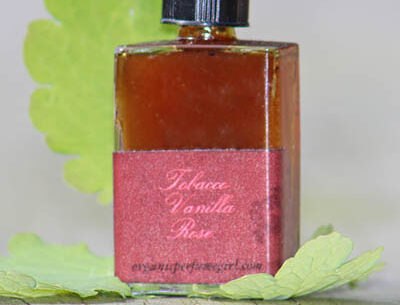 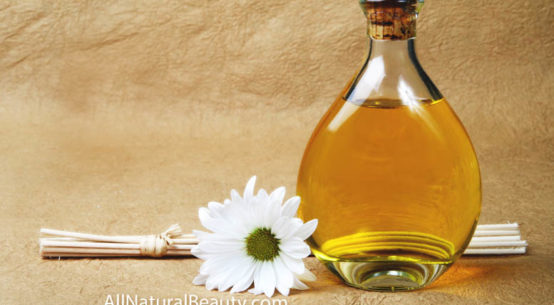