Skip to content
You are here
Home > ANB Blogs > Sun Damage & Skin Cancer Risks: What You Really Need to Know 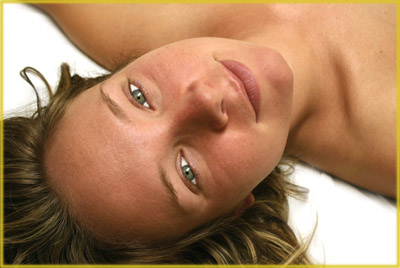 The prospect of getting skin cancer is frightening for anyone. If the prognoses of doctors, dermatologists, beauty magazines and the media in general are to be believed, everyone is at risk any time they step into the outdoors without some form of protection. And yet, there’s no hard scientific evidence that this is true. In fact, there’s a growing consensus in the medical community that the anti-sun rhetoric that’s had everyone slathering on sunscreen every time they step outside, is over-stated.

In the absence of any consistently reliable standards or scientifically proven information, it helps to know as much as you can to make an educated guess as to the best options for minimizing the risk for yourself and your loved ones. Here’s a brief summary of what you need to know:

Exposure to the sun without any form of protection eventually leads to sunburn from UVB radiation. How much exposure leads to this type of sunburn varies greatly from individual to individual depending on their skin type, the time of day, and other factors like altitude and latitude. The biggest predictor of skin cancer is how much over exposure you had as a child or young adult (prime sun-worshipping years for many of us). The bottom line: the more sunburns you had in the past, the greater your likelihood of developing skin cancer.

Sunburns and UVB radiation were considered to be the primary risk factor for skin cancer but now evidence suggests that UVA radiation plays a much bigger role in both skin cancer and premature aging.

Until recently, most sunscreens were developed to either physically block or chemically disperse UVB rays. Though many sun protection products have been reformulated to include some UVA protection the only ingredients that are known to be photo stable and effectively block out both types of UV rays are Titanium Dioxide and Zinc Oxide in the form of sun blocks which are not very popular among consumers because of their greasy, war paint-like texture. Micronization of these ingredients to make them more readily absorbed into the skin creates even more cause for concern since this is a relatively new technology that has not been tested for safety.

UVB radiation is the way that our bodies utilize solar energy to convert it into vitamin D, which has been studied and found to be a key nutrient for keeping bones and teeth strong. A deficiency in Vitamin D has been linked to other types of cancers including breast, prostate and colon cancers. Overuse of sunscreens blocks our bodies’ natural ability to synthesize this vital nutrient.

There is sufficient research to indicate that a variety of antioxidants when taken both orally via diet & supplementation, and topically can significantly reduce the damaging effects of UV radiation by eliminating free radicals that can form as a result of the damage (or the chemicals used to prevent it).

Basal Cell and Squamous Cell carcinomas typically appear on those parts of your body that are most often exposed to the sun –your face, ears, neck, lips, hands, arms, shoulders, chest or back.

Melanoma most often appears on the trunk, head or neck of affected men. In women it most often develops on the arms or legs. In either gender it can appear in areas of the body that are never exposed to the sun.

Your skin type, hereditary risk factors, poor nutrition, and a weakened immune system all play a role in your likelihood of developing skin cancer. People most at risk include those with freckles, fair skin tones, light colored eyes (green or blue), and naturally red or blonde hair. Others also at greater risk are those who burn easily, spend a lot of time outdoors, or have a personal or family history of skin cancer or melanoma.

If you’re concerned about skin cancer or think you may be at risk of developing it then you should avoid over-exposing yourself without some form of protection. Often times, you can simply protect yourself by wearing long sleeves, pants, sunglasses, and a wide-brimmed hat and avoiding the sun during the hottest times of the day (between 10 AM and 2 PM). Many clothing companies now make clothes from treated fabrics that have some form of SPF built into them -this is surely better than rubbing those harsh chemicals directly into your skin, where they are absorbed into your bloodstream and can remain in your system for long periods of time increasing your body’s likelihood of developing free radicals.

Be sure to get 10-15 minutes of sunlight a day without protection (late in the day when the sun is less intense). This is all your body needs to produce a sufficient amount of Vitamin D, and consider taking a Vitamin D supplement too (but not as a substitute for the real thing).

Of course, even taking precautions won’t help much if you don’t know how to detect the early warning signs of skin cancer, so follow the American Cancer Society’s ABCD Rule to help you identify some of the usual signs of melanoma (the most malignant form of skin cancer). Protect yourself and your loved ones by examining and getting to know your skin on a regular basis.

Becoming familiar with your skin and its various bumps, lesions, or other peculiarities can help you quickly identify anything new or unusual, as well as notable changes in existing moles or lesions. Notify your health practitioner if you notice any of the following kinds of skin developments:

A stands for ASYMMETRY: One half of a mole or birthmark doesn’t match the other
B stands for BORDER: The edges are irregular, ragged, notched or blurred
C is for COLOR: The color is not the same all over, but may have different shades of brown or black, sometimes with patches of red, white or blue
D is for DIAMETER: The area is larger than 6 millimeters (about 1/4 inch or the size of a pencil eraser) or is growing larger.
Some explanations of the ABCD method include an E at the end (i.e. ABCDE), which stands for EVOLUTION and refers to perhaps the most important warning sign for melanoma skin cancer: a spot on the skin that is changing in size, shape, or color over a period of one month to 1-2 years.
For some additional helpful (though not pleasant to look at) visuals check out this WebMD slideshow. 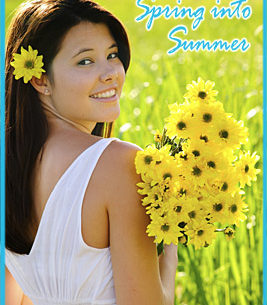 Seasonal Skin Care: Spring into Summer with a Healthy Glow No Matter Where You Go! 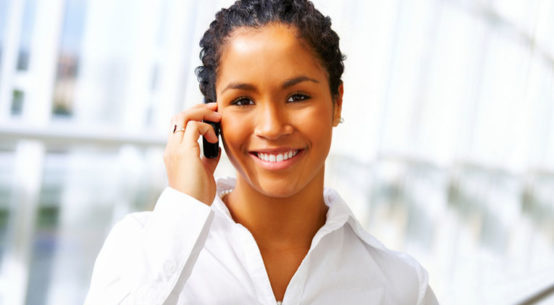 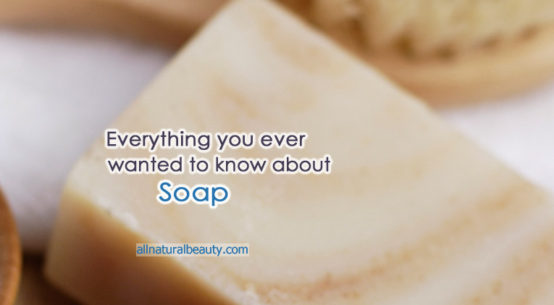 Bubble Babble – Or…Finally, All You Ever Wanted to Know About Soap! 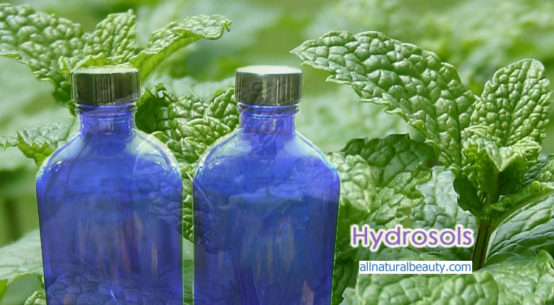 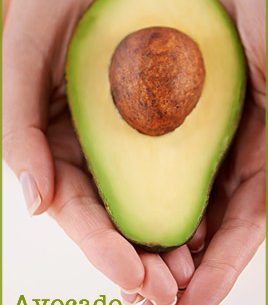 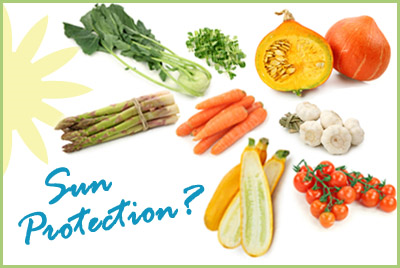