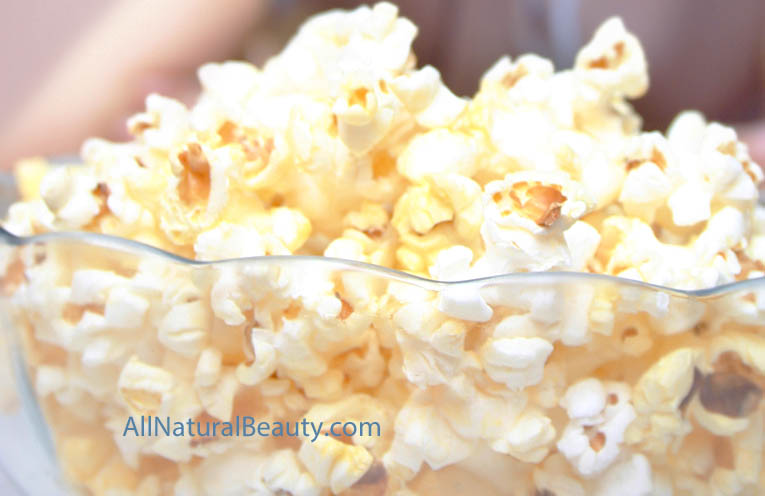 When you think of popcorn, what comes to mind? Maybe it makes you think of going to the movies. Perhaps it brings back cozy family memories. Popcorn is as American as apple pie. In fact, Americans eat more than 18 billion quarts of popped popcorn every year. It’s one snack food that should continue to be a favorite in any household, because it’s one that’s actually good for us. It’s also the perfect alternative to the sugar, fat and calorie-laden snacks that are so readily available.

Popcorn is recommended by the National Cancer Institute (NCI), the American Dietetic Association, and the National Institute of Dental and Craniofacial Research. How many other “snack foods” are as tasty as popcorn, and are sugar-free, almost fat-free, have no preservatives, no artificial anything, and are very economical? Popcorn acts as dietary roughage due to its fiber content, so it actually aids in digestion. It also contains carbohydrates which will help to naturally energize you. With all of this going for it, shouldn’t you be eating more of it? Here’s how…

How to Make Perfect Popcorn

If you are watching calories, the most effective way to keep the calorie-count down is by using an electric, or “air” popper, in which case you’ll want to follow the directions that come with your popper. But if you don’t have one, or if you like the taste of a little oil on your popcorn, you’ll want to use a large pan or pot. The following method can be used on a stove top or even over an open fire.

– You’ll begin by heating up your pan (ideally between 400 and 460 degrees Fahrenheit). Pour about 1/4 cup of oil into the pan, just enough to give a good coating to the bottom, not so much that the kernels will be swimming or floating in it. Choose an oil that is less saturated like Corn, Sunflower or Canola to add fewer calories. The oil should get hot enough to where a kernel dropped in will spin or sizzle, not smoke or burn.

– Put three kernels into the pan, and cover with a lid.

– Cover the pan again. Your popcorn will immediately begin popping and will work up to a crescendo.

– Remove the lid and pour into a big bowl or individual bowls. Season the way you like it, and enjoy.

Fact: Have you ever wondered why those few kernels don’t pop? What are known as “old maids” don’t pop because they lack the water in the starch that is necessary for them to build enough pressure to pop like the rest.

Choose your favorite nuts, like Sunflower Seeds, Cashews, Peanuts, any nut will do alone, or in combination. Grind them in a food processor. When your popcorn is freshly popped, pour some melted butter over the top and stir to coat. Take your finely ground nut mixture and blend in with the popped corn, salt to taste if necessary. Shredded Coconut makes a nice addition too.

Another way to add a little zest or unexpected flavor to your popcorn is by adding spices. It’s so simple, and a great way to be creative. Your choices are as vast as your imagination. Some nice choices would be Dill, Cayenne pepper, Paprika, or Garlic Salt.

I’ve come up with this interesting recipe as a way of giving your popcorn more of a “dessert” feel to it, without using any refined sugar. This would be a healthy substitute for caramel corn, and of course… it’s all-natural!

– Add 1 T of butter to a ramekin and place in the oven at 200 degrees.
– Start your popcorn (follow the instructions above).
– Chop some organic dehydrated Apple into tiny bits (2T).
– Chop some walnuts into very small pieces (2 T).
– When the butter has melted, add 1 teaspoon of honey. Mix with the butter.
– Add to this mixture: a pinch of ground Cinnamon, a smaller pinch of ground Nutmeg, and an even smaller pinch of ground Cloves. Mix well.
– To this mixture, add the apples, and let them sit and soak until the popcorn has finished popping.
– In a large mixing bowl, add 4 cups of popped corn. Pour the spiced Apple mixture over the top. Add the Walnuts. Sprinkle with a little salt, and mix everything together with a spatula very well.
– Add another 4 cups of popped corn and mix very well. Serve and enjoy.

Tip: Make enough popcorn so that you can easily skim just the popped kernels off the top, leaving the “old maids” at the bottom. This way your guests will not mistake any uncooked kernels for nuts. It just makes for a more enjoyable eating experience.

Warning: On a serious note, the American Academy of Pediatrics advises against feeding popcorn to infants and toddlers. It could pose a serious choking hazard.

– Popcorn kernels are specific to one type of corn. It’s scientific name is Zea mays everta. All corn is a cereal grain originating from a wild grass. But out of the six types of corn, the Zea mays everta type is the only one that pops.

– The majority of the world’s popcorn is grown in the corn belt of the U.S., including Iowa, Illinois, Indiana, Kansas, Kentucky, Michigan, Missouri, Nebraska and Ohio.

– Once the corn is harvested, the kernels are removed from the ears, they are heated with warm air to the perfect moisture content of 14 percent to produce perfect popping. They are shaken over a metal strainer to remove the smaller kernels and excess debris, polished, and packaged.

– One cup of air-popped popcorn has 31 calories, 1 gram of protein, 6 grams of carbohydrate, 1 gram of fiber, and just a trace of fat.

– There are currently NO varieties of popcorn that are GMO. This could of course change in the future, but as of this writing you can be safe from GMO’s whenever enjoying this healthy snack.

Whichever way you choose to make your popcorn, have it around waiting for you and your family when the perfect snack is needed. Popcorn can be made ahead and sealed in a bag for later. It’s also a great snack for when you’re on the go. If you want to do your waistline a favor, forgo the sugary, fatty snacks and instead, opt for popcorn. It’s all-natural, tasty and… all-American!

Sharon is an author & licensed esthetician living in Pennsylvania. She has merged her love of natural beauty and wellness into a web enterprise, inspiring others to go the all-natural way whenever possible.

Visit Organic Web Care – For all your web care needs

Sharon is an author & licensed esthetician living in Pennsylvania. She has merged her love of natural beauty and wellness into a web enterprise, inspiring others to go the all-natural way whenever possible.

Visit Organic Web Care – For all your web care needs 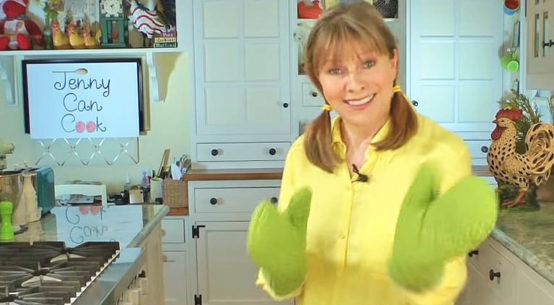 No Knead Crusty Rolls – Easier Than You Think! 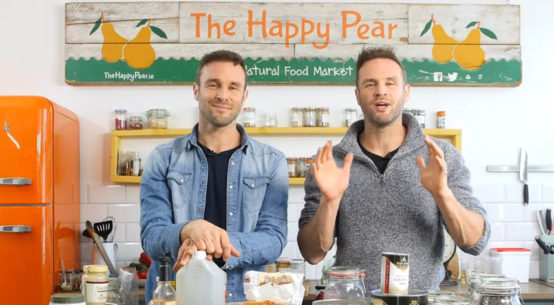 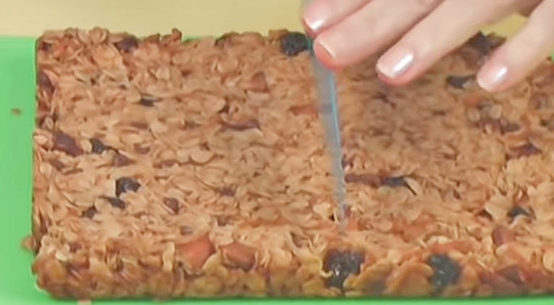 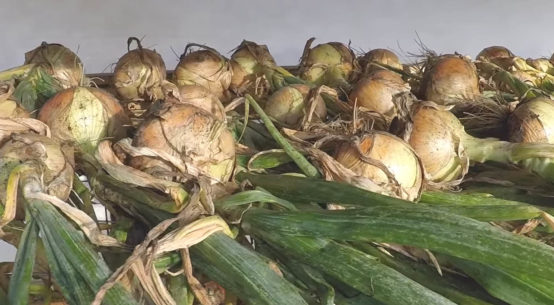 Grow Your Own Organic Onions 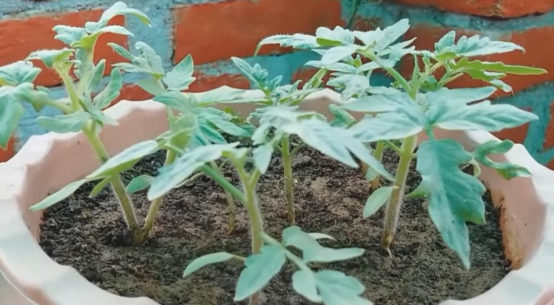 Grow Your Own Organic Tomatoes 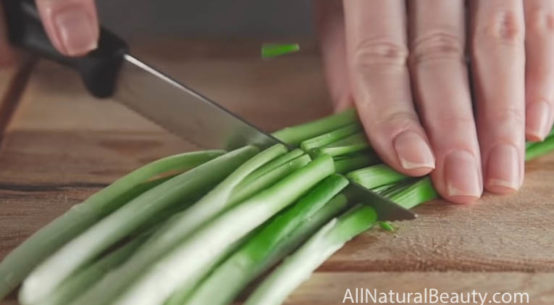 12 Perfect Vegetables to Grow in a Shady Space 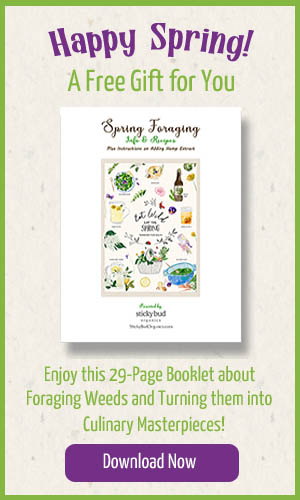 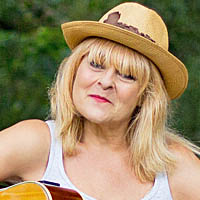