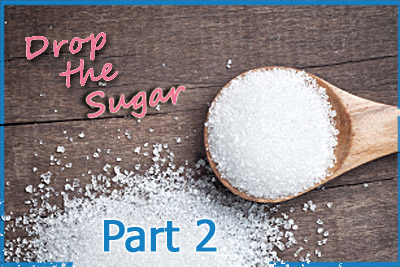 It seems like lately, every time you turn on the television or radio, or pick up a magazine there’s a story about sugar and its role in the nation’s growing epidemic of diabetes and obesity. You’ve likely been hearing a new term called Diabesity, which encompasses the intricate relationship between sugar, diabetes, and obesity.

Ever since the American Heart Association’s 2009 recommendation to limit our daily consumption of added sugar to between 100 and 150 calories (vs. the 355+ calories that is actually consumed), the link between our overly sugar-laden diets and our ever-expanding waistlines has become painfully clear.

Understanding the potential health consequences of eating too much sugar is one thing, knowing what to do about it is an entirely different story … Looking at sugar consumption as a long-term health imperative rather than a simple weight management issue might give you the motivation you need to tackle it. Start with small manageable steps and work up from there.
First, aim to significantly reduce your consumption of (and eventually eliminate) highly processed sugars like corn syrup and high fructose corn syrup –which can be addicting and wreak havoc with your blood sugar levels.

The next step (which can also be taken simultaneously) is to substitute whole grains for white flour and add more raw fruits and vegetables. After that, try to uncover all the hidden sources of added sugar that may be sabotaging your best intentions, and find healthier alternatives. I’m talking about sugar that’s added to less obvious things like peanut butter and spaghetti sauces, and frozen, canned, or other packaged foods. Avoid fruit juices with added sugar and watch out for those flavored yogurts that boast only 150 calories per serving! Some of those tiny containers have as much as 45 or 50 grams of sugar per serving!

Last, but not least, become a savvy consumer of alternative sweeteners. The marketplace for alternative and especially natural sweeteners has exploded over the past few years, but with no practical means to evaluate all the options, the average consumer still turns to artificial sweeteners like NutraSweet, Equal, or Splenda, as low-calorie solutions to manage their weight.

The problem with artificial sweeteners is they may actually contribute to obesity because they trick the body into thinking they’re sugar molecules. When the tongue and brain recognize sugar the body produces insulin. Excess insulin in the body is converted into fat, leading to weight gain. Several studies support this finding while others conclude that Aspartame, for example, may be neuro-toxic under certain conditions and should be avoided altogether.

So how can you work your way through the maze of alternative sweeteners (natural and synthetic) to find the right substitute? Here are some quick tips to help you get started:

Compare Glycemic Index Scores. Look first and foremost for the impact of a sweetener on your blood sugar levels. The easiest way is to find its Glycemic Index (GI) score and compare it to that of white sugar (68). The Glycemic Index basically measures how fast carbohydrates convert to glucose in the blood. The higher the number the faster the conversion. Lower numbers are better. Honey is in the 70s, maple syrup is around 55 and high fructose corn syrup is just above 90, while palm sugar is around 35 and agave nectar is in the low teens.

A Sugar By Any Other Name. Make sure that your sweetener of choice isn’t simply another version of white sugar. Most of the sugar in the food and beverages that people purchase at the supermarket is refined cane sugar. Evaporated sugar cane juice is simply the solid that remains when sugar cane juice evaporates. It’s considered less refined than white sugar but has the same GI score so avoid products made with this sweetener.

Weigh Pros & Cons. Not all natural sweeteners are created equal. Some have better GI scores than sugar but no nutritive benefits. Others like Molasses, are high in minerals and antioxidants but not suitable for broad use as a sweetener. Stevia has added health benefits, almost no calories, and a GI score of zero, but sometimes leaves a bitter after taste. Sugar alcohols like Xylitol and Erythritol are very low in calories and have dental health benefits but are not natural and if eaten in excess, can have a laxative effect.

Context, Texture and Taste. Find out which natural sweeteners work best for sweetening beverages and which work best for cooking and baking. Many times, these may not be one and the same. Erythritol and Stevia are often recommended for sweetening beverages, while Brown Rice Syrup (made from sprouted brown rice) and Agave tend to work better for baked goods. Keep in mind, the latter are liquids so they can’t be used spoon for spoon as a substitute for table sugar in recipes.

Above all, stay open minded and willing to experiment with different types and brands of sweeteners, until you find the right combination for your particular needs. Remember to balance your taste buds’ needs with your body’s overall health needs and don’t rely strictly on substitutes as a way of managing your weight or your blood sugar levels. Try to get most of your sugar from natural sources and limit the amount of sugar per serving to 12 grams or less. 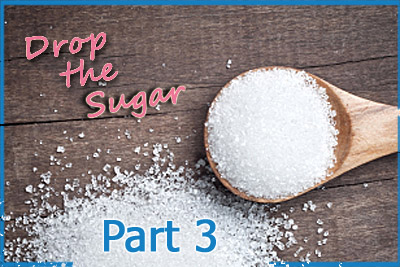 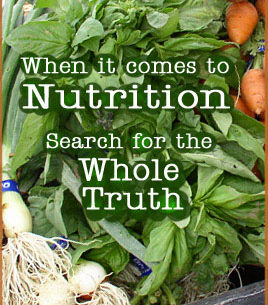 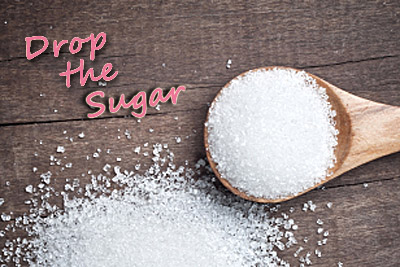 Is Your Love Affair with Sweets Sabotaging Your Weight Loss Efforts and Putting You at Risk?